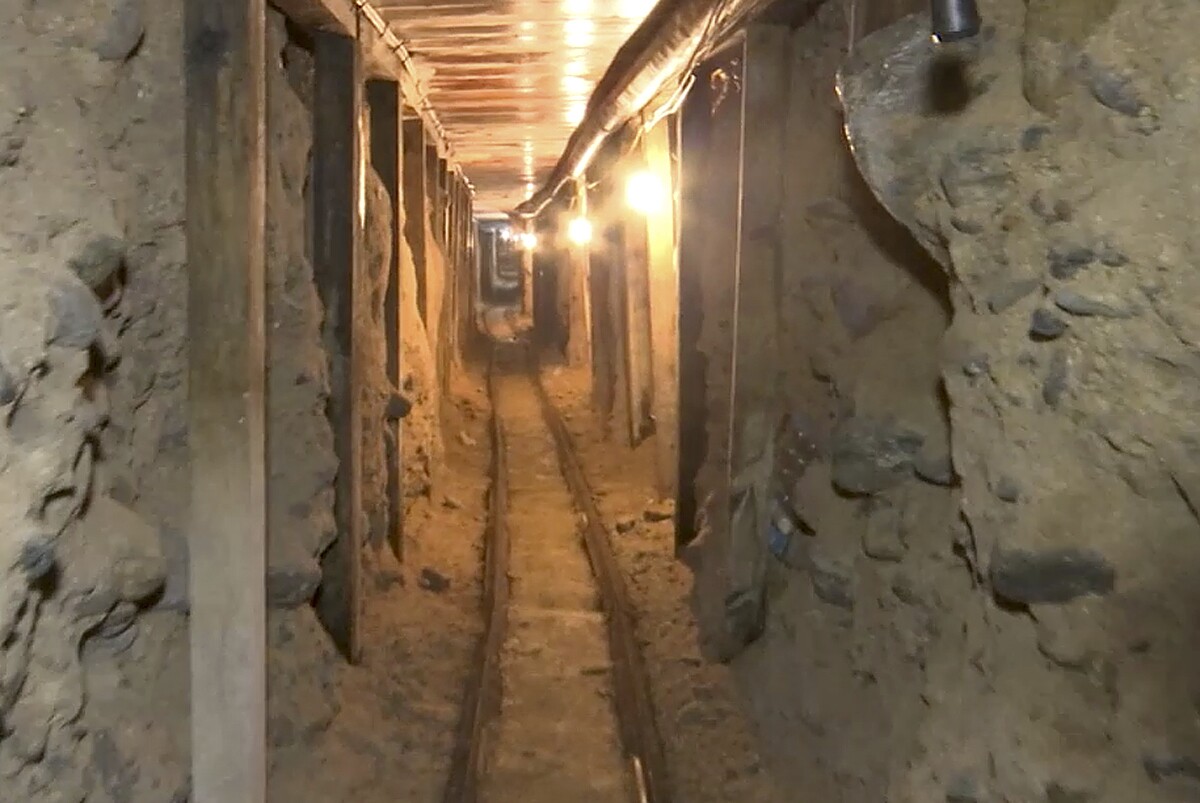 Story via Save Our American Republic.

ㅤ”I have lived on the border my whole life. People have no idea what goes on down here. Cartels or smugglers will buy a warehouse on the Mexican side and tunnel through to the American side.
ㅤThe tunnels are very sophisticated with rails and ventilation. Some operate for years before they are discovered. Tons of drugs and thousands of illegals have passed through the tunnels undetected.”

This article was composed from comments posted this week by SOAR.

Today, on the border, Angel Families gathered at the San Ysidro Land Port of Entry to show support for President Trump, and raise awareness of Americans victimized by illegal immigrants.

Meanwhile, the caravan marched on the U.S. consulate in Tijuana, demanding $50,000 in reparations for each immigrant.

Self-described Social Justice Warriors, quoting the Bible and holding signs that read, “No person is illegal”, also marched to the Tijuana border, but were handcuffed by the Border Patrol for violating the security zone.

Last week, a Nicaraguan woman dug a hole under the fence and passed her baby through to a female relative on the other side. The woman and child were immediately apprehended by customs officers.

Another woman climbed over an older portion of the fence and was taken to a hospital because she was in labor. Trump has to…

ㅤ"Exit polling conducted by Zogby Analytics for the Federation for American Immigration Reform (FAIR) reveals the vast majority of Republican voters — more than 80 percent — support the construction of a border wall along the southern border. Less than five percent of Republicans oppose a border wall.
ㅤMeanwhile, a majority of about 53.3 percent of swing voters in the midterm elections support Trump’s proposed border wall to stop illegal immigration into the country. A plurality of more than 47 percent of all midterm election voters said they support the construction of a border wall.
ㅤDespite running on a promise to stem the inflow of illegal aliens into the U.S., illegal immigration at the border has steadily continued, with nearly 51,000 border crossers being apprehended in the last month alone."

ㅤ"Under new Justice Department and Department of Homeland Security rules published Thursday, immigrants who illegally cross the U.S. southern border from Mexico would be barred from claiming asylum. All asylum claims must be made at a legal port of entry."

ㅤ"The detainees will be split between five prisons, with one in Victorville, Calif., taking in 1,000 people, the spokeswoman, Danielle Bennett, said in a statement.
ㅤBennett said that the decision was made in an effort to ‘meet the demand for additional immigration detention space, both long and short term.’
ㅤ’To meet this need, ICE is collaborating with the U.S. Marshals Service (USMS), the Bureau of Prisons (BOP), private detention facility operators and local government agencies,’ she said.’"ㅤ

TRUMP: ‘SOUTHERN BORDER IS UNDER SEIGE’; 50,924 CAUGHT/TURNED AWAY LAST MONTH

ㅤ”Secretary of Homeland Security Kirstjen Nielsen warned of a flood of illegal immigration in the coming months absent drastic action, in a Thursday morning interview on ‘Fox and Friends.’
ㅤ’Given the numbers we had last month, they just came out, 50,000 in April is the number that we interdicted or otherwise was inadmissible. That is a 200 percent increase from March of 2017. This crisis is real. There are many more people coming to take advantage of these loopholes and are being trained by the smugglers,’ Nielsen declared.'”

ㅤ”Gov. Doug Ducey said in a Wednesday Tweet that the state ‘welcomes the deployment of National Guard to the border.’ He said Washington has ignored the issue and help is needed. Ducey says that for Arizona, ‘it’s all about public safety.'”

TRUMP SAYS HE WILL PUT U.S. MILITARY ON SOUTHERN BORDER

ㅤ”Sending troops the border would be an unusual, but not unprecedented, step. Presidents Obama and George W. Bush both deployed National Guard troops at the border to help stop illegal immigration.”

ㅤô¿ô …No one cares what Breitbart thinks. Sloppy Steve flew high up into the atmosphere then tried skydiving without a parachute.

Thanks for your interest in Swords. For full access, visit wordpress.com and log in or sign up. You may prefer how this blog is rendered by the Wordpress Reader.